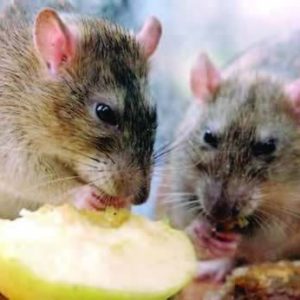 Rats and other species of rodents can have a devastating impact on businesses, particularly those operating within the food industry. Not only can they cause an outbreak of foodborne illnesses, due to the diseases they spread, but they can also have a negative effect on brand reputation, operating costs and revenue.

The research showed that out of all the different species of pests, rats are the most destructive pest for businesses.

Why are rats the world’s most destructive pest?
It may or may not shock you to learn that 49% of businesses report electrical damage caused by rodents.

Rats have a pair of continuously growing incisor teeth in both their upper and lower jaw. As a result, they have to continuously gnaw on objects to wear them down and prevent them from becoming too long.

Rats and mice are known to gnaw on electrical cables. Not only is this a major fire hazard when they gnaw through to the copper and the wires short out, but it can also result in the failure of electrical equipment leading to production downtime.

The findings from our report showed the true impact rodent infestations can have on a business.
Over a quarter of the businesses, we surveyed reported the damage to electrical equipment following a rat infestation, with nearly half of them confirming that the damage caused to machinery was directly caused by rats.
For businesses operating in the food industry, and in particular food manufacturing facilities, this can have a large impact on the production cycle. Our survey discovered that food-focused businesses lost an average of 8 working days due to rat infestations.
It’s not just the food industry which can be affected by rodents, as 20% of all the businesses we surveyed reported machine downtime.